Bollocks! He awoke with a start. He had been deep in sleep, in the middle of some long and winding epic dream. There had been some crazy alarms and sirens, fires everywhere and bombs dropping…. but in a jolting instant he realised that the alarm of his dream had been the alarm clock by the bed. How long ha it been going? He checks the time: 8:02. Fuck, shit, bollocks, bugger fuck cunt, he’s going to have to get a move on. He hauls his arse out of bed and throws on yesterday’s clothes that are strewn at the foot of the bed. No time for breakfast – he’s still out of milk, and bread, too – he brushes his hair, cleans his teeth. He’s running late, so no time for a shave today. 8:27 and he’s having to run to make the 8:30 bus: the bus-stop is an eight and a half minute walk but he can make it in half that at a run. He hates running, because he’s not fit – too much beer, too many cigarettes – and he hates arriving at work an exhausted ball of sweat. But he can’t be late. He’s in luck: the bus is running a couple of minutes late, and he arrives, panting and thoroughly fagged out just as it pulls up.

It doesn’t take long before the tedium sets in. He usually enjoys Fridays – the vibe tended to be more upbeat, and everyone felt the tension lift as they coasted toward the weekend. But the morning dragged, and he could feel his boss’ eyes on him, boring into the back of his head. He was keeping his nose clean and his head down. Same as ever, really. He couldn’t fathom why this authoritarian jumpstart little prick had it in for him. Probably for no other reason than because he seemed like an easy target for the power-tripping jobsworth cunt. He tried to convince himself of this, but was certain that the fat bitch at the next desk was shooting him suspicious glances. She was a conniving manipulative cow at the best of times, and while he thought their run-in from a few weeks ago had blown over, perhaps she’d been biding her time before deciding to make him pay by using underhanded tactics. So the truth hurt, and if she couldn’t take being told that she was a lazy, ass-climbing selfish lump of lard who couldn’t get a shag because she was such a miserable, self-seeking boot, it was her tough shit. 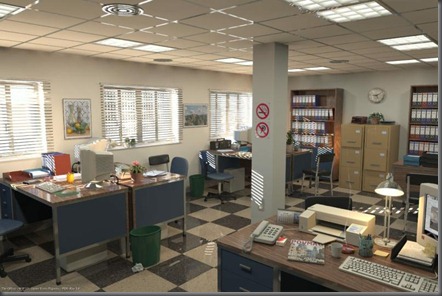 The calls keep on coming, but, less frequent, he finds his concentration drifting and his time between calls clock-watching. It’s payday: there are beers with his name on, and he can’t wait to get stuck in!

Midday and he was close to the turtle’s head so decided rushed the closing of the call he was on and go and bab one out. The humid fug of body-temperature merde hung heavy in the air, and he was dismayed to find the seat still warm. But he wasn’t in a position to be picky. He laid his cable swiftly and was back at his desk within 4 minutes.

The afternoon drags, but 5:30 eventually rolls round and he’s down the pub inside 5 minutes. Steve arrives, then Andy, then Simon, with Joe and Garry in tow. They’re all buoyed up because it’s Friday and they’re raring to go. The first round is pulled and they get stuck in, it’s onto round two in under 10 minutes. Ok, Varsity’s not everyone’s first choice, but it’s close to work and it’s a place to go to meet people. And, as Andy points out, there are some tidy birds in there, especially on a Friday night. The dollybirds from the offices nearby would be tottering in wearing their high heels, short skirts and low cut tops before long. He felt like trying his hand for some action tonight. He’d not had his end away in months now, and he was getting tired of the hand-shandies. He was feeling lucky, but needed to build his courage first. The totty began rolling up, right on cue and before long it was wall-to-wall minge, there for the taking. Andy got the next round in, and as the beers really start to flow, he’s on his way….