The local newspaper recently ran a front-page headline about proposals to open three new pubs in York’s city centre. Two local breweries – The Leeds Brewery, formed as an offshoot of the York Brewery, and the Ossett Brewery, had submitted plans to take over vacant premises – one a former cafe, the others retail units, previously an estate agent and an army surplus store.

The objectors raised all of the concerns you’d expect them to. Predictably, there was concern about the city centre becoming a mecca for drinkers, that having such a concentration of licensed premises would send a message that York promoted the already endemic booze culture that is, we so often told, a leading problem in Britain that causes the taxpayer billions, and that the opening of these three new hostelries would encourage an even greater influx of stag and hen parties and cause violent, alcohol-fuelled crimes and other such sordid scenes to soar.

But these aren’t the kind of places rowdy stag and hen parties would frequent. we’re talking about traditional ale houses that would also serve traditional pub grub. The kind of places tourists – particularly those from America and Japan – flock to in their thousands in order to experience a slice of culture they simply do not have back home. As a historic city, visitors to York want to see and sample tradition. They also want refreshment.

Other critics argued that it was essential that the city preserve retail premises for retail when conditions improve. Will they ever? This is also the same council that approved another out of town retail park, which objectors – not least of all local business owners – have opposed on the grounds that by taking the retail trade away from the city centre, the place is slowly dying. It’s a complex argument, not least of all because the major chains and small independent stores serve different markets. Nevertheless, they can’t have it both ways, by encouraging more retailers to move out of town and then complain that there is an abundance of vacant premises once occupied by retailers, especially in the middle of a lengthy economic downturn. Remember the words ‘credit crunch’ and ‘recession’? For some reason, people seem to think things are improving just because the FTSE’s up and more houses have sold in the last 6 months – never mind the huge numbers of redundancies announced by large employers like Aviva, Co-op and HSBC.

There is of course another angle to this, namely, if everyone’s redundant, they’ll need nice pubs to sit in and while away the hours as they drink their redundancy pay-offs and dole cheques.

The same day I read the article, I was walking home through the city’s pub-packed centre when I ran into musician, poet, diarist and rambler Mark Wynn, a man who’s inspiring in his complete disregard for any kind of consumer trends or capitalist-led operating models of industry. As ever, he’d been travelling the length and breadth of the city, the county and the country, playing poorly-paid gigs in pubs of the very sort the Leeds and Ossett breweries run and giving away most of his CDs for nothing or in exchange for a beer. It’s something to be applauded. he’ll never be rich, but in sharing his art, he never goes thirsty. Moreover, his approach represents the epitome of the punk ethic: he’s out there doing it himself on zero budget and building a fanbase from a grass roots level. that’s what I call sticking it to the man!

We exchanged pamphlets: I had the very last copy of my Liberate Yourself! pamphlet folded in my bag (there are now 100 copies in circulation, and having been left on trains, in pubs, inside self-help books in WHS and who knows where, their whereabouts and readership I haven’t a clue) while he had a batch of a new A5 publication called Dirty Work containing some selected highlights of his spectacularly off the wall and very funny tour diaries and, stapled inside the back page, a PVC wallet containing his last album. Arguably, I was up on the deal, but these things always balance out over time (some weeks later, Dirty Work 3 would see the light of day, containing more rampant ramblings and a new CD EP by Mr Mark E Wynn with additional text by Sam Forrest of Nine Back Alps and The Sorry Kisses, and myself). The important thing was, we had traded our art with one another, we’d both received something we wanted and what’s more, the cash-free barter had taken place on the street. Retail outlets are just so last year. 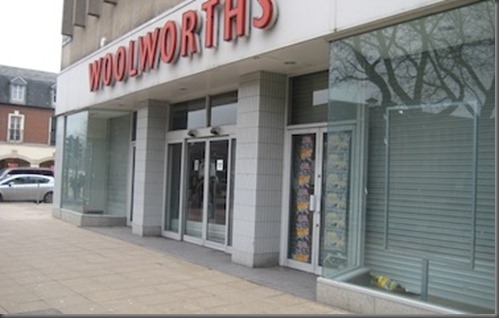 And if you’re loving my work, The Changing Face Of Consumerism – the book – will be out some time in June.