A few years ago I blogged a story in 7 parts entitled ‘The Worker’, and each day’s post was written and posted on that day. The story subsequently appeared in the collection Postmodern Fragments: Writings on Work, Technology and Contemporary Living. To mark the publication of Postmodern Fragments on Kindle, I’m reposting ‘The Worker’ as originally conceived – only the first time around it began on Sunday, but the effect should be pretty much the same. Original typos have been maintained to preserve the integrity of the project.

The harsh buzz of the alarm sliced through the darkness and penetrated his dark place, his sleeping brain. He woke and was momentarily groggy before the realisation hits: Monday morning. 7:30. He hit the snooze button and buried his head in the pillow once more. Under the duvet, it was warm and comfortable and life was good. But the alarm persisted and he forced himself to vacate his haven.

He dressed, ate breakfast, brushed his hair, cleaned his teeth. He was running late, so no time for a shave today. 8:25 and he’s having to run to make the 8:30 bus: the bus-stop is an eight and a half minute walk but he can make it in half that at a run. He hates running, because he’s not fit – too much beer, too many cigarettes – and he hates arriving at work an exhausted ball of sweat. But he can’t be late, he’s been late too many times recently and his timekeeping has become an issue. He’s already on a first warning.

8:59 and he’s in the office, firing up his workstation, positioning his chair, the usual routine. The phone rang. He took the call, went through the scripted schpiel, dispensed some pointless information to the frustrated old goat at the other end of the line, updated the systems, shunted some papers around. Rinse and repeat. The phone rang. He took the call. Etc. Such is the daily grind of the 9-5. Why did he put up with it? Because there was nothing else. He needed to eat, to keep a roof over his head, pay the bills. It’s the white man’s burden alright.

Necessity is the mother of surrendering one’s dreams to grim reality. He was looking for a job and then he found a job, with prospects and benefits, so his interviewer, smug in his navy pinstripe suit and tan shoes had informed him. But it soon became apparent that the corporate ladder was all a con, and worse, a trap. A stop-gap job becomes a career.

The calls kept on coming and the papers kept on piling up, and while he was on the rota for taking his lunch hour from 12:30 to 13:30, he was stuck on a call with some irate customer and wasn’t able to get away until 12:50. But then, the phones were supposed to be manned by a certain number of staff – 10, equating to 50% of the team – at any given time, and the workshy heifer at the next desk was late back from her lunch.

He was getting hungry and struggled to contain his frustration. It was the same pretty much every day and the days had a tendency to run together, like watercolours on saturated paper. Another cup of rancid instant coffee as stagnant as his life, another plastic spoon, another whinging tosser, the hours passed into days passed into weeks passed into months passed into years, a wasted life, an accidental career. All the other jobs advertised locally were much of a muchness. No, the only way out was redundancy or retirement. Or death. He found it hard to rouse any sense of optimism. Too long in the rut, his spirit had been ground down and eventually crushed, all sense of hope extinguished. They owned him and he knew it.

Lunch: he nipped out to the sandwich shop at the top of the street, bought a nutritionally vapid chicken salad sandwich on flaccid white bread. The chicken was dry, anaemic, the salad wilted to fuck. Sluiced it down with a can of Coke. He could ill afford to dine this way as he was well in the red and pay-day was still a fortnight off, but he simply couldn’t find the motivation to prepare a packed lunch.

His truncated lunch hour – he had to be back by 13:00, and while some of his colleagues were capable of getting away with pulling epic skives and late sign-ins, he was neither comfortable with nor in a position to do the same – was over all too soon and he returned to his desk, signed back into his terminal and the onslaught, the grind continued. The influx of work – phone calls, emails, paper correspondence – demanding his attention was ceaseless. 5:30 seemed a long way off.

An hour later and his bladder was growing taught. He desperately needed to piss, but there was simply no respite. He was also tired, so tired. More cups of gut-rotting instant coffee was the only means available of fending off this terminal fatigue.

5:30 rolled around eventually, he switched off his workstation, clocked off, took a long, long piss that felt like heaven, and left the building. He didn’t have log to wait for a bus home. On arrival, he cracked open a can of beer. It didn’t last long. What to eat? There wasn’t much in. His funds were low and he’d not had the cash or motivation to make the trip to the supermarket at the weekend. A sad, salt-heavy microwave meal for one sat brooding in the back of the cupboard, so he nuked the plastic tray and chowed down the stodgy collation without enthusiasm, washed it down with a second can of lager. It was piss, but it was cold and alcoholic.

He flicked on the TV and vegetated in front of a series of mundane lifestyle and ‘talent’ shows with a couple more tins. Midnight rolled around and he decided it was time to hit the sack. He needed to sleep: there was work tomorrow. 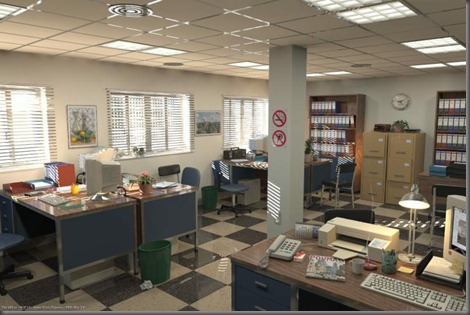 One thought on “The Worker Part 1: I Don’t Like Mondays”